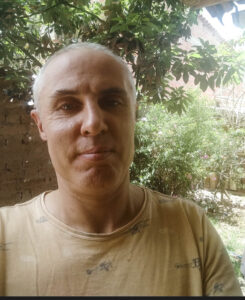 I’m the founder of Lions Roar Media, and here’s a little bit about my background.

I’m originally from the city of Leeds in the United Kingdom.

I built my first website while studying at university way back in 1995. That was in the very early days of the internet, long before Google existed, and all websites were created using manually programmed HTML code, and the best browser at the time was called Netscape! It was love at first log-in and I’ve been a heavy internet user and creator since that time, more than 25 years ago!

After graduating university in 1997 I was employed by a corporate events & media company where I specialised in computer graphics and animation and also worked on a few web design projects. I worked on projects for several large corporations including Nissan, Gillette and LG.

I quit that company in 2002 and ever since then I have been both a self-employed freelancer and a company owner.

In 2009 I moved to Peru in South America where I have resided ever since. In 2013 I got involved in tourism and mostly gave up web design. However, my web design and online marketing skills enabled my tiny agency to generate over $3.2 million dollars in sales in around 8 years without spending any money on advertising. Starting that enterprise also taught me far more about online marketing than I had known previously.

Sadly, I had to shut that company down in 2020 because of all this global covid nonsense. I could have reopened by now but with so much uncertainty, particularly in a country like Peru, it doesn’t feel like a good idea at this time. Instead I’ve decided to reignite my passion for web design and online marketing and help other companies who could benefit from my knowledge and expertise.

We are now living in some dark and turbulent times. For those with eyes to see, it’s clear that an evil cabal of powerful globalists are waging war on humanity and attempting to subjugate the common man, take away his business and steal his freedom. This cannot be allowed to happen!

At Lions Roar Media we’re only interested in supporting and working with freedom loving people, patriots and truth seekers, no matter where in the world you reside. Because together we are stronger.

If you are not a freedom loving person, if you are willing to give up your rights for ‘safety’, and if you support vaccine mandates and other ludicrous covid restrictions then you are not someone we wish to help or do business with.

We’ll consider any project, but we’re not a good fit for everyone. We specialise primarily in helping small to medium-sized service-based businesses, particular companies that serve their local area.

We have experience in helping:

Whatever you do, let’s start a conversation and see if we’re a good fit.